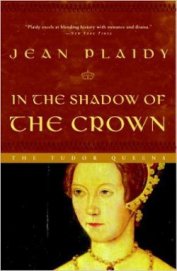 In the Shadow of the Crown

As Henry VIII's only child, the future seemed golden for Princess Mary. She was the daughter of Henry's first queen, Katharine of Aragon, and was heir presumptive to the throne of England. Red-haired like her father, she was also intelligent and deeply religious like her staunchly Catholic mother. But her father's ill-fated love for Anne Boleyn would shatter Mary's life forever. The father who had once adored her was now intent on having a male heir at all costs. He divorced her mother and, at the age of twelve, Mary was banished from her father’s presence, stripped of her royal title, and replaced by his other children--first Elizabeth, then Edward. Worst of all, she never saw her beloved mother again; Katharine was exiled too, and died soon after. Lonely and miserable, Mary turned for comfort to the religion that had sustained her mother.In a stroke of fate, however, Henry's much-longed-for son died in his teens, leaving Mary the legitimate heir to the throne. It was, she felt, a sign from God--proof that England should return to the Catholic Church. Swayed by fanatical advisors and her own religious fervor, Mary made horrific examples of those who failed to embrace the Church, earning her the immortal nickname "Bloody Mary." She was married only once, to her Spanish cousin Philip II--a loveless and childless marriage that brought her to the edge of madness.
Читать О книге 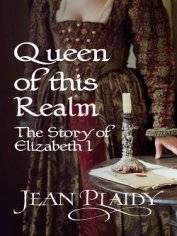 Queen of This Realm

In this "memoir" by Elizabeth I, legendary historical novelist Jean Plaidy reveals the Virgin Queen as she truly was: the bewildered, motherless child of an all-­powerful father; a captive in the Tower of London; a shrewd politician; a lover of the arts; and eventually, an icon of an era. It is the story of her improbable rise to power and the great triumphs of her reign--­the end of religious bloodshed, the settling of the New World, the defeat of the Spanish Armada. Brilliantly clever, a scholar with a ready wit, she was also vain, bold, and unpredictable, a queen who commanded--­and won--­absolute loyalty from those around her. But in these pages, in her own voice, Elizabeth also recounts the emotional turmoil of her life: the loneliness of power; the heartbreak of her lifelong love affair with Robert Dudley, whom she could never marry; and the terrible guilt of ordering the execution of her cousin, Mary, Queen of Scots. In this unforgettable novel, Elizabeth emerges as one of the most fascinating and controversial women in history, and as England's greatest monarch.
Читать О книге
×