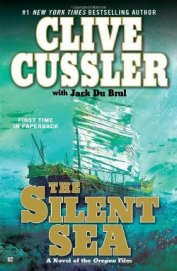 The seventh Oregon Files adventure thriller begins on December 7, 1941, when five boys encounter tragedy while looking for buried pirate treasure on a small island off the coast of Washington State. Flash-forward to today: Juan Cabrillo, captain of the Oregon (a high-tech vessel posing as a tramp freighter), is in Argentina, trying to recover a downed NASA satellite. Well, don’t you know, Juan stumbles on something he totally didn’t expect to find, and soon he’s chasing after the secrets of an ancient curse that might still be causing trouble. Fast-paced and a lot of fun, the latest Cabrillo novel delivers the wallop Cussler’s fans have come to expect. Cabrillo himself—he shares his name with a sixteenth-century Portuguese explorer, by the way—makes a fine protagonist, sharp-witted and two-fisted. Considering the Oregon Files novels involve action, exploration, and high-tech gadgetry, it’s surprising no one has turned them into movies yet. The prolific Cussler, who, like James Patterson, now employs coauthors (Du Brul in this case), is often accused of writing by the numbers, but this time those numbers add up to entertaining fare for high-adventure fans.
Читать О книге 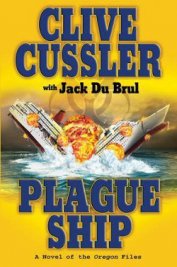 In the dependably entertaining if less than top-notch fifth Oregon Files thriller from bestseller Cussler and Du Brul (after Skeleton Crew), Capt. Juan Cabrillo, who heads the Corporation, a covert military company for hire, and the multifaceted crew of the Oregon, a high-tech ship disguised to look like a tramp steamer, take on a group known as the Responsivists. The Responsivists publicly espouse a program of global population control, but are secretly planning a devastating attack on the human race utilizing a virulent virus found aboard an ancient ship that may be Noah's Ark. The authors are up to their usual high standards when in fighting mode, though the chief villain, the doctor who heads the Responsivists, falls short of Juan's billing as the single-most-evil human being I have ever met. Readers may wish that next time out the bad guys put up more of a struggle.
Читать О книге 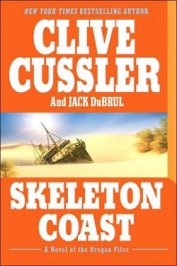 Juan Cabrillo and the crew of the covert combat ship Oregon have barely escaped a mission on the Congo River when they intercept a mayday from a defenseless boat under fire off the African coast. Cabrillo takes action, saving the beautiful Sloane Macintyre - who's looking for a long-submerged ship that may hold a fortune in diamonds. But what surprises Cabrillo is her story about a crazy fisherman who claims to have been attacked on the open sea by giant metal snakes in the same area. What begins as a snake hunt leads Cabrillo onto the trail of a far more lethal quarry - a deranged militant and his followers who plan to unleash the devastating power of nature itself against all who oppose them.
Читать О книге
×