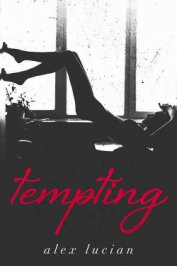 His body climbing over mine. My teeth biting his neck. His scent on my skin. My nails carving a path down his back. His commands whispered in my ear. All of my senses filled with him. I knew it was bad. But I craved more. It had begun innocently enough, bumping into one another in a crowded Boston bar. What followed that night had been anything but innocent. Because I'd known, even as he'd slid inside of me, that he was my professor. I'd pursued him, a predator stalking its prey. And he didn't know I was his student. But he would.
Читать О книге
×