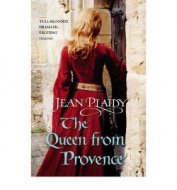 The Queen From Provence

Marguerite, eldest daughter of the Count of Provence, had married a king of France - and now her sister Eleanor is determined to make just as grand a match. Good fortune and wily cunning bring her Henry of England. A good and generous husband but a weak king, he rules a nation that still remembers his cruel and foolish father, King John. As Henry showers gifts on his new bride his extravagance forces him to levy ever greater taxation on the land, and the spectre of revolt soon looms against him. For Simon de Montfort, the adventurer who will give England its first true parliament, the house of destiny is at hand.
Читать О книге 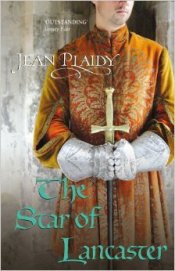 The Star of Lancaster

Richard the Second is losing his hold on the crown and Henry of Bolingbroke, previously exiled by the king, returns to England to claim it. Richard is deposed and dies mysteriously, murdered some say on the orders of Bolingbroke, now King Henry the Fourth. But Henry finds the crown harder to hold onto than it was to win. He is beset by enemies, hampered by disease, and concerned about the rebellious behaviour of his son. Dominating the court and with his eye on the crown is Harry of Monmouth, whose reckless conduct in low-­class taverns with his crony Sir John Oldcastle causes scandal.­When the king dies, Harry became King Henry the Fifth, and the change is dramatic for both him and Oldcastle. The licentious youth becomes a great king, and Oldcastle, the rake, turns into a religious reformer. Oldcastle dies a martyr and Harry becomes the conquering hero of Agincourt. The Star of Lancaster is in the ascendant. Harry has brought France to her knees and married her princess. It seems that the long war was at an end. But a greater enemy than the French awaits Harry...
Читать О книге 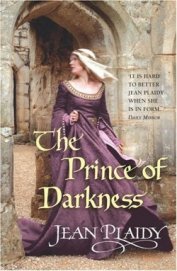 The Prince of Darkness

The untimely death of Richard the Lionheart left his nephew Arthur and his younger brother John in contest for the throne of England. Reluctantly the barons chose John, and so began years of rule by a ruthless and greedy tyrant.­Yet despite his reputation, John, still manages to seduce the young and beautiful Isabella of Angouleme. But in taking her as his bride he makes an enemy for life. And in the tempestuous years that follow many men come to believe that the House of Anjou was tainted by the Devil's blood, the loathsome monarch was himself Evil Incarnate, the very Prince of Darkness...
Читать О книге 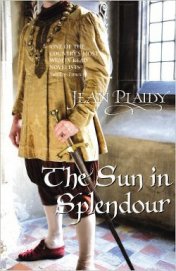 The Sun in Splendour

Reckoned by those about him to be the most handsome man in the country, Edward the fourth has risen to the throne with the help of Warwick, the kingmaker. But even Warwick's trusted advice cannot convince the King to ignore his passion for the beautiful widow, Elizabeth Woodville - and when she refuses to become his mistress the two are married. Beloved of the people, Edward proves himself to be a strong king, but his love of luxurious living soon begins to impact on his royal duties. Despite his mistresses, Elizabeth is loyal to the illustrious king, providing him with many children, among them Edward the fifth and Richard Duke of York. But Edward lived recklessly and on his death an incident from his past comes to light that will change the course of history.
Читать О книге 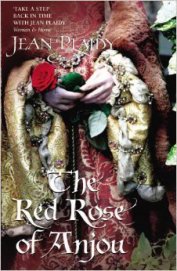 The Red Rose of Anjou

When Henry VI becomes king, it is soon clear that he would be better suited to a quiet life than to ruling the country. Richard, Duke of York, is convinced that he would make a better king and has more right to the crown, and he will stop at nothing to claim it. But Margaret of Anjou, Henry's new French wife, is a formidable woman who is just as determined to keep Henry on the throne. Most powerful of all is the Earl of Warwick, the kingmaker, and with his support of Richard of York the War of the Roses begins. When Henry VI lapses into madness and eventually meets his mysterious end in the Wakefield Tower, Margaret directs all of her ambition towards her young son, Passionate and impulsive she begins scheming for him, and in doing so dashes headlong into disaster ...
Читать О книге 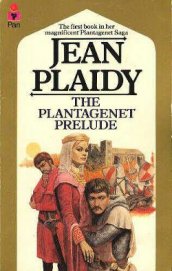 A totally engrossing book, one which covers the Plantagenet years under Eleanor of Acquitaine and her husband, King Louis of France. Eleanor was a strong, forceful character, as different from her husband as oil and water. She created the courts of love, reviving the code of chivalry in the French nobility. Through her marriage to Louis, she virtually redrew the map of France. Eleanor was the epitome of the saying, "Behind every successful man is a strong woman.­" Here Jean Plaidy brings these characters and more to life with a sumptuous look at the way royalty lived in the 11th and 12th centuries.­*** When William X dies, the duchy of Aquitaine is left to his fifteen year-­old daughter, Eleanor. But such a position for an unmarried woman puts the whole kingdom at risk. So on his deathbed William made a will that would ensure his daughter’s protection: he promised her hand in marriage to the future King of France. Eleanor grows into a romantic and beautiful queen, but she has inherited the will of a king, and determines to rule Aquitaine using her husband’s power as King of France. Her resolve knows no limit and, in the years to follow she was to become one of history’s most scandalous queens. ‘Miss Plaidy, whose meticulous attention to historical detail can seldom, if ever, be faulted, has woven a vivid novel to launch the Plantagenet saga on what will, undoubtedly, be a top selling course.­’ South Wales Argus
Читать О книге 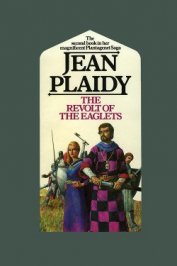 The Revolt of the Eaglets

News of Thomas a Becket's martyrdom has spread throughout Christendom and the blame is laid at the feet of Henry Plantagenet, King of England. Two years later, with Becket canonised, Henry's position is precarious: punished at the Pope's insistence for his part in Becket's death, he now also has an enemy in his Queen, Eleanor of Aquitaine, after her discovery of his longstanding infidelity with Rosamund Clifford. Eleanor is determined to seek vengeance, so, with King Philip of France, she encourages her sons to conspire, both against their father and each other. Much embattled, the old eagle Henry struggles to fend off both rebellion and the plots of his aggressively circling offspring...
Читать О книге 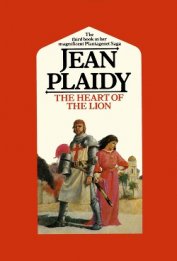 The Heart of the Lion

At the age of thirty-­two, Richard the Lionheart has finally succeeded Henry II to the English throne. And, against his father's wishes, he intends to make Berengaria, daughter of the King of Navarre, his Queen. But first he must fulfil his vow to his country to win back Jerusalem for the Christian world. Leaving England to begin his crusade, Richard's kingdom is left in the hands of his brother, John, who casts covetous eyes on the crown, and his sister, Joanna, who is willing to defy even a king.
Читать О книге
×