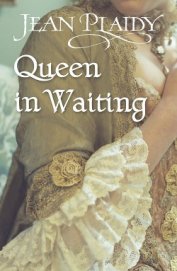 When Caroline of Ansbach arrives in England, King George is old and sour, his mistress ugly and his wife imprisoned at his own hand for over twenty years. She has grown up watching her mother Eleanor's loveless and dangerous marriage, and is determined to avoid a similar situation. So she marries the Prince of Wales, George Augustus, and they are popular among the people, leading the King to resent them. In what will become typical Hanoverian style, father and son loathe each other and exist in a state of constant competition for power. She quickly realizes that her husband is unintelligent and sees that she will be able to control him to some extent. Despite plenty of obstacles, including her father-­in-­law's control of her children, she refuses to lose sight of her aims.
Читать О книге 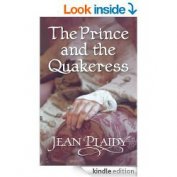 The Prince and the Quakeress

Bringing history to life, Plaidy tells the story of a young, idealistic Prince of Wales... The Prince of Wales develops a deep affection for a beautiful quakeress, Hannah Lightfoot, who catches his eye as he is riding through the streets. A first meeting is arranged, leading to several more, and eventually they discreetly marry in a secluded house where they live as man and wife. She is prepared to betray her beliefs for him, just as he is willing to defy the desires of various courtiers for her. Eventually, his mother's lover Lord Bute uncovers the affair and Hannah mysteriously disappears. The novel explores the lasting question, did the future George III contradict royal protocol and marry a commoner? Shortly after his affair with Hannah, he becomes King George III. After a potential engagement to Sarah Lennox falls through, he marries Princess Charlotte of Mecklenburg-­Strelitz.
Читать О книге
×