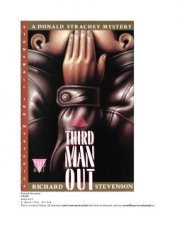 Sixteen years after this 1992 story, and forced outing remains a hot button in gay politics. When an activist's claims that men he's outed are stalking him don't ring true, Albany's only gay PI drops his protection detail - and the client winds up dead. Strachey peels back the layers of his client's double cross only to find . . . a triple cross.
Читать О книге 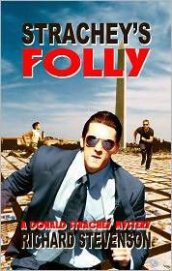 Violence interrupts quiet reflection on tragedy when Donald and Timmy visit Washington to view the AIDS Memorial Quilt. Unexpected stories about a disgraced, conservative congresswoman, and a gay Lothario with designs on Strachey are catalysts for Donald's investigation into a memorial to a man who isn't quite as dead as he seems.
Читать О книге 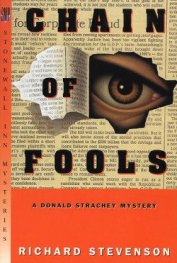 Attacks on Janet Osborne lend new significance to the earlier murder of her brother Eric. They were holding out to keep the family newspaper a beacon of liberal advocacy journalism. A screwy plot to save the newspaper turns tragic and even screwier before Strachey and a driven reporter step in to sort it all out.
Читать О книге Gary Griswold, cheerily dim gadfly scion of Albany old money, late of the Key West artists colony, goes missing, and his ex-wife wants to know what's happened to him - not to mention his 38 million dollars in cash. Turns out that religious dilettante Gary and his money have disappeared into Thailand, where corruption has its own etiquette. Soon, Albany's only gay PI, Don Strachey, is out of his element, and his lover Timmy is way out of his comfort zone as they comb the Land of Smiles for a man with an unerring weakness for the poorest choice possible and a daft plan to buy 38 million dollars worth of good karma. #10 in the award-winning Donald Strachey Mystery Series
Читать О книге 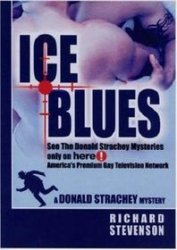 Someone's left a man's body in Donald Strachey's car -- the grandson of Albany's most connected political fixer. A letter from the deceased asks Strachey to dismantle his grandfather's party machine. Like a chess master, Strachey moves ten suitcases, an army of colorful pawns (all of whom think they're king), and $2.5 million across the continent and around Albany. One of the funniest in the series. (Filmed for release by HereTV in 2008; originally published 1986.)
Читать О книге 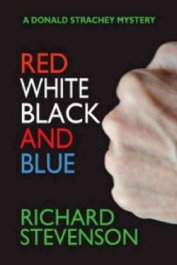 Red White and Black and Blue

In an election year, Don finds himself in the unlikely role of political operative. Rumors about the Tea Party's opportunistic gubernatorial candidate, Kenyon Louderbush, paint him as an unfaithful, callous exploiter of young men...young men that he puts into the hospital...or perhaps the morgue. Don smells truth in those rumors. But, he's confounded by a shadowy conspiracy, witnesses' fear and a grieving family appallingly willing to give up on justice for a brutalized son and brother. In RED WHITE AND BLACK AND BLUE, series creator Stevenson takes witty aim at the polarization, dissembling and double-dealing of American politics. It's a story that leaves even our hero, Don, tarnished and bruised.
Читать О книге 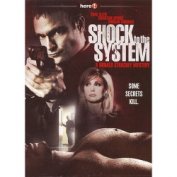 A Shock to the System

Three different persons all want to hire gay private detective Donald Strachey to prove that somebody other than they killed Paul Haig, the son of a rich, politically connected lush. The real fun begins when Strachey discovers that the common thread linking Haig to all his potential employers is "reparative" therapist (i.e., one of the kind that "cures" homosexuals) Vernon Crockwell, whose hatred of homosexuals is exceeded only by that of Haig's mother. Stevenson's dialogue grows increasingly hilarious as his hero deals with these two characters whose every other word derides the very person they're asking to help save them. As in other Strachey mysteries, the detective's tranquilly domestic relationship with his longtime lover stands in refreshing contrast to affairs in most other gay novels, with their less contented leading characters.
Читать О книге 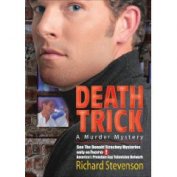 On the Other Hand, Death

Dot and Edith's happiness in their home stands in the way of their neighbors' decisions to sell to the Millpond Corporation so it can build another blight on the landscape. A campaign of intimidation, at first merely irritating, escalates to murder before PI Strachey sorts it all out and learns something about his feeling for lover Timothy Callahan.
Читать О книге When Hunny 'You go girl!­' Van Horn Albany's flaming-­est working-­class flamer wins the state lottery's first billion-­dollar payout his chaotic life gets even messier. It's PI Don Strachey who's brought in to deal with the skeletons tumbling out of Hunny's non-­closet some violent. The eleventh Strachey novel is part mystery part screwball comedy and entirely serious in its exploration of the multiple ways of being gay in America.
Читать О книге 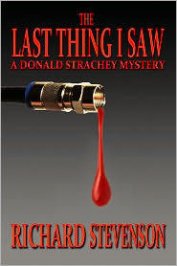 The Last Thing I Saw

Eddie Wenske has gone missing.­A popular investigative reporter renowned for both his gaycomingout memoir and a frightening book on drug cartels, Wenske vanishes while investigating a gay media conglomerate with a controversial owner and dodgy business practices.­Albany PI Don Strachey's perilous search for Wenske takes him to Boston and to New York City, and finally to California and a media world that's as deadly as it is unglamorous.­In The Last Thing I Saw, Strachey fends off hired killers, but can he survive Hey Look Media
Читать О книге
×