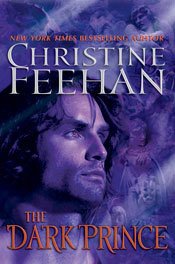 An incomparable gift for Christine Feehan fans, Dark Prince returns in a new, author’s cut special edition. #1 New York Times bestseller Feehan revisits her classic tale of paranormal romance—the breathtaking story of a beautiful hunter with extraordinary telepathic abilities captivated by the powerful allure of a tormented prince of the mysterious Carpathians—expanding the beloved story by 100 never before seen pages! Here is your golden opportunity to experience the first book in Christine Feehan’s remarkable Dark saga as you never have before, whether it’s a glorious re-entrance into this writer’s mystical, unforgettable world…or your very first visit!
Читать О книге 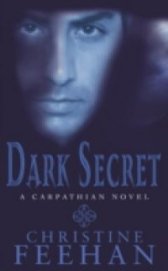 Rafael De La Cruz has spent centuries hunting vampires with his brothers, and with each passing year his capacity to feel emotions has grown weaker and weaker until finally there's barely been a memory left-until only sheer willpower keeps him from turning into the very abomination he hunts. But it'll take more than will to keep him away from the woman who is meant to be his and his alone… For five years, rancher Colby Jansen has been the sole protector of her younger half-siblings, and with fierce determination and work she has kept her family together and the ranch operational. Now, the De La Cruz brothers are threatening that stability. They claim that her siblings belong with their father's family, not with her. Colby vows to fight them-especially the cold and arrogant Rafael De La Cruz. But Rafael is after more than her family-he wants Colby and will not let anything stand between them. After ages of loneliness, the raw desire to possess her overwhelms his very soul, driving him to claim her as his lifemate….
Читать О книге
×