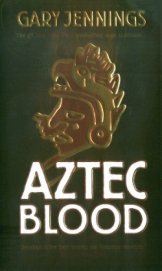 In this colorful and exciting era of swords and cloaks, upheaval and revolution, a young beggar boy, in whose blood runs that of both Spanish and Aztec royalty must claim his birthright. From the torrid streets of the City of the Dead along the Veracruz Coast to the ageless glory of Seville in Old Spain, Cristo the Bastardo connives fights, and loves as he seeks the truth—without knowing that he will be the founder of a proud new people. As we follow the loves and adventures of Cristo and experience the colorful splendor and barbarism of the era, a vanished culture is brought back to life in all its magnificence.
Читать О книге 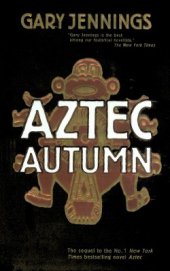 Told plainly and at some remove, Jennings has reserved the fancier footwork for an excursion into Aztec culture, creating a detailed tapestry of a struggling, vanquished race. Readers familiar with Mexican history will welcome the rich details of this vengeance drama; those new to it will be impressed by Jennings's exhaustive research.
Читать О книге "A dazzling and hypnotic historical novel."--The New York Times "Anyone who reads, anyone who still lusts for adventure or that book you can't put down, will glory in Aztec."--Los Angeles Times Aztec is the extraordinary story of the last and greatest native civilization of North America. Told in the words of one of the most robust and memorable characters in modern fiction, Mixtli-Dark Cloud, Aztec reveals the very depths of Aztec civilization from the peak and feather-banner splendor of the Aztec Capital of Tenochtitlan to the arrival of Hernan Cortes and his conquistadores, and their destruction of the Aztec empire. The story of Mixtli is the story of the Aztecs themselves---a compelling, epic tale of heroic dignity and a colossal civilization's rise and fall.
Читать О книге
×